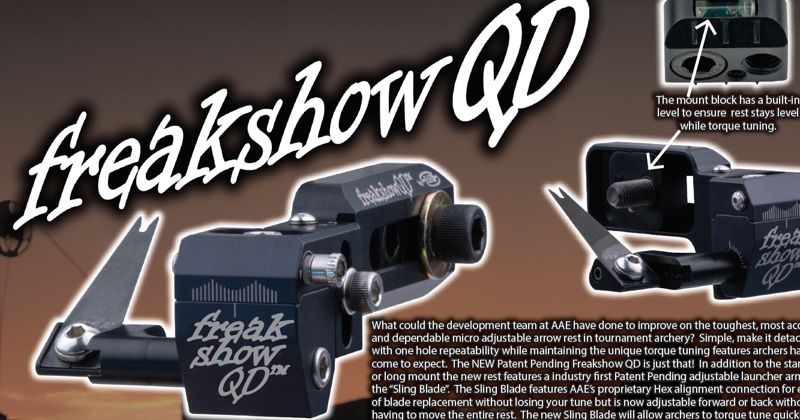 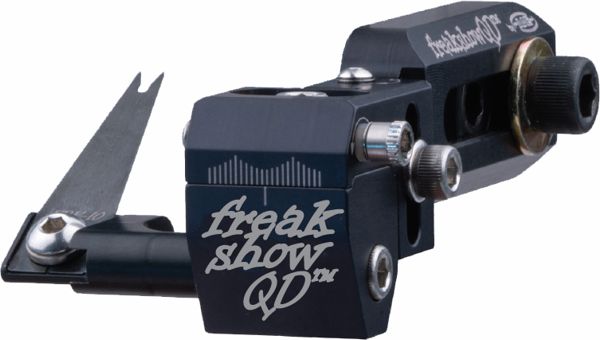 What could the development team at AAE have done to improve on the toughest, most accurate and dependable micro adjustable arrow rest in tournament archery?

Simple. Make it detachable with one hole repeatability while maitaining the unique torque tuning features archers have come to expect. The NEW Freak Show QD is just that!

In addition to the standard or long mount the new rest features an industry first, an adjustable launcher arm called the Sling Blade. The Sling Blade features AAE's proprietary Hex alignment connection for ease of blade replacement without losing your tune but is now adjustable 1.5in forward or back without having to move the entire rest. The new Sling Blade will allow archers to torque tune quickly with both forward and rear adjustability dependent on the archers set up. The Sling Blade comes with an engineered 38 degree angle when set in line with the rest itself while also keeping the overall blade angle adjustment of the original. The SLing Blade launcher arm can be purchased separately to fit onto any previous Freak Show models.

The QD mount also comes with an incorporated bubble for archers using single berger hole risers which allow them to set the mount / rest perfectly straight.